Although returns for commercial real estate have been somewhat modest this past year, returns for the fourth quarter of 2017 were the highest quarter for the year according to the NCREIF Property Index (NPI). The NPI reflects investment performance for 7,527 commercial properties, totaling $559.8 billion of market value owned and managed by the nation’s largest institutional investors and pension funds.

The average quarterly return over the past five years was 2.48% or 10.30% annualized. Although the current quarter’s return of 1.80% or 7.40% annualized is down from the torrid pace during the previous 5 years, the downward drop in returns that we witnessed for several years came to a halt this past year with the stabilization of returns.

The fourth quarter 2017 total return consisted of a 1.16% return from income and 0.63% from price appreciation. Over the past four quarters, both components of the total return have been relatively stable. The income return of 1.16% implies an annual cap rate of about 4.64%. Cap rates had been dropping steadily for many years but are no holding steady.

Leverage Continues to be Favorable

Industrial continues to lead performance by property type with total returns of 3.28% in the fourth quarter or 13.78% on an annualized basis. Other NPI property types trail by a wide margin in the fourth quarter with the hotel total return at 0.96%, apartment at 1.62%, office at 1.65% and retail at 1.27%. The strong return for industrial properties is due to the demand for warehouse space needed for online retailers like Amazon. 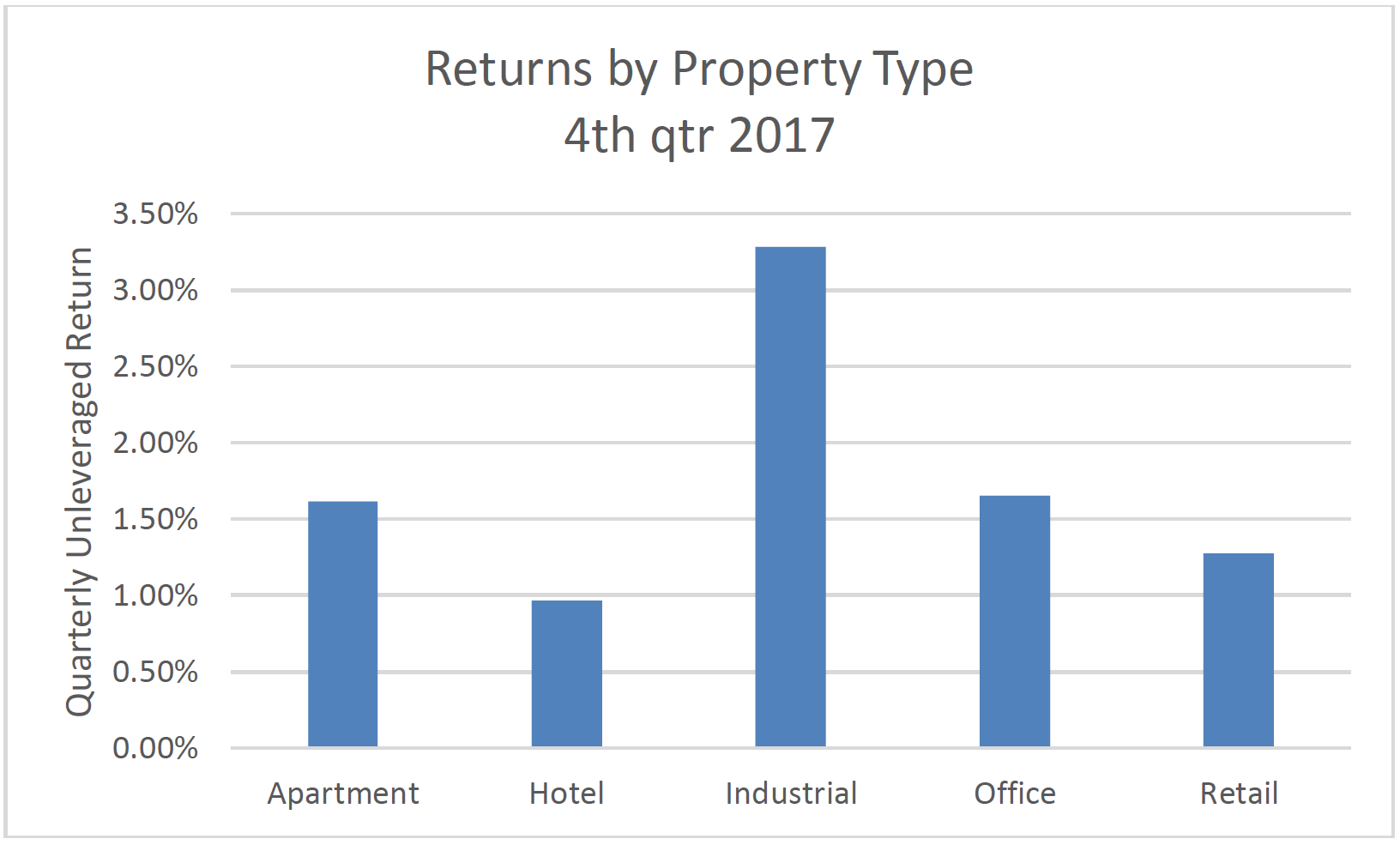 Occupancy for NCREIF-tracked properties rose to a 16-year high, at 93.6%. The highest occupancy was for industrial properties at 96.37%, up from 96.10 percent the prior quarter. The second highest was retail at 93.05% which was down just slightly from 93.08% the prior quarter. 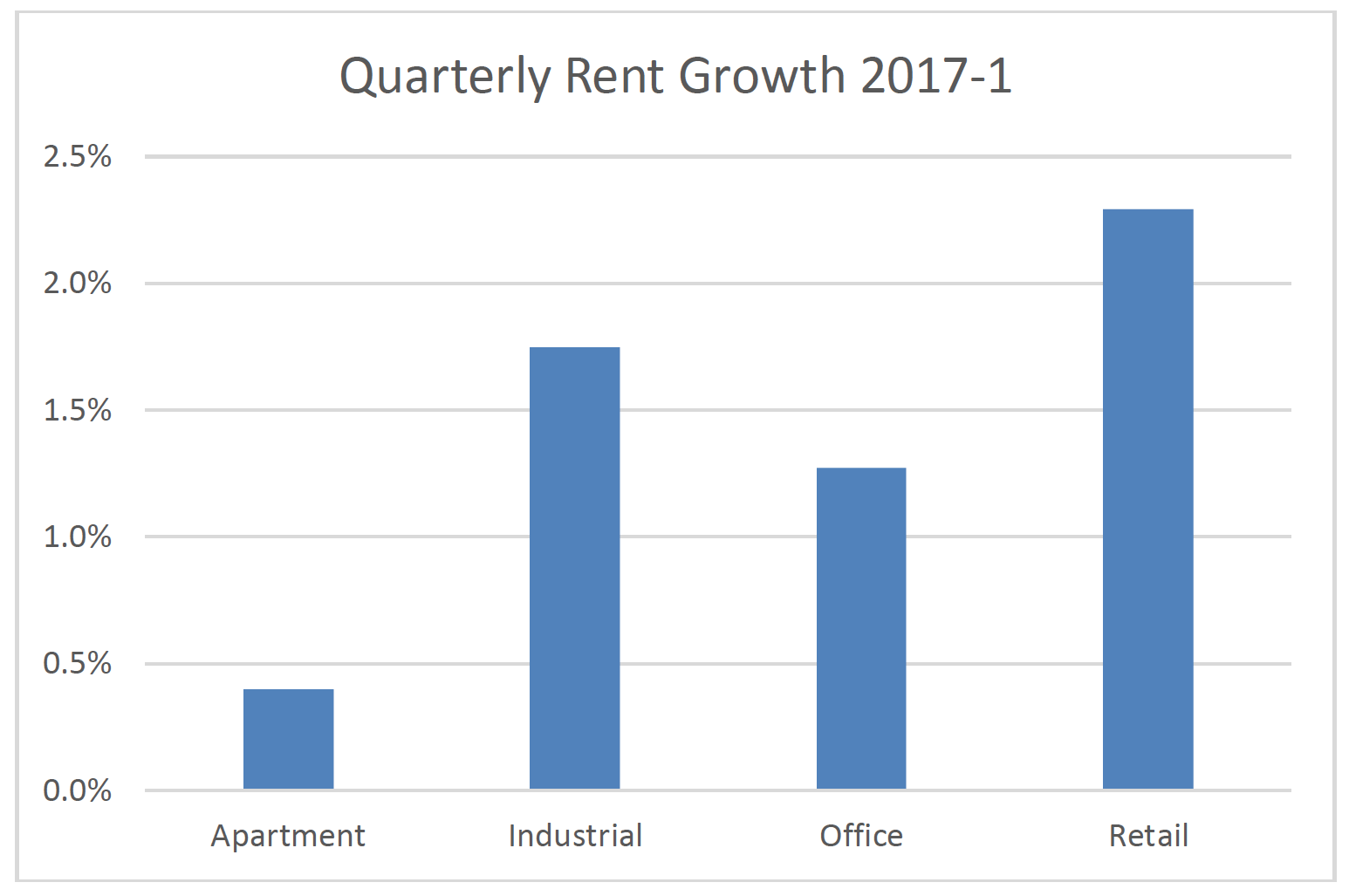 Transaction volume for NPI properties totaled $11.5 billion in the fourth quarter 2017 with 228 properties sold. This continues to be above average transaction activity which has historically been accompanied by a strong market.

While it is too early to be sure, it appears that a combination of tax reform and continued strength in the economy has helped reverse the decline in returns that had been occurring before this year and even resulted in a slight uptick in the fourth quarter.